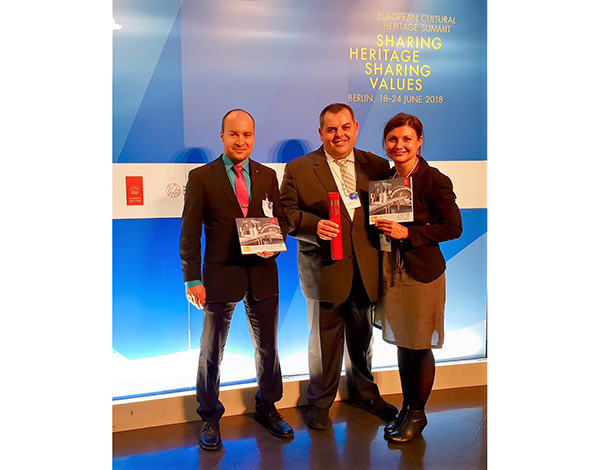 On 22 June 2018, CultLab3D was recognized with the EU Prize for Cultural Heritage / Europa Nostra Award 2018. The ceremony of Europe’s most prestigious prize was taking place in the context of the European Heritage Year 2018 “Sharing Heritage” in Berlin.

The ceremony was co-hosted by the President of the Federal Republic of Germany, Dr. Frank-Walter Steinmeier who is also the patron of the European Year of Cultural Heritage. EU Commissioner Tibor Navracsics and Maestro Plácido Domingo awarded the prize in the category “research”.

The accolade honored the department for its innovative approach for 3D mass digitization and its outstanding achievements in preserving historic assets for Europa and its future generations to come.

The event had around 1,000 people attending, ranging from high-level officials from EU Institutions and Member States to leading representatives of heritage organizations from all over Europe.

The Europa Nostra Award recognizes notable achievements in the field of cultural heritage conservation, ranging from collection care, building restoration, to urban and rural landscape rehabilitation. It also highlights research, education and services by individuals or organizations to raise awareness for heritage protection. The award is supported by the organization Europa Nostra, which awards the prize once in a year since 1978 and since 2002 together with the European Commission.